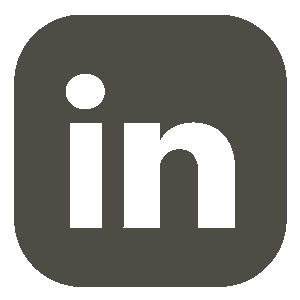 An Austin, TX-based retail company, Tecovas, creates high-quality boots and Western wear with a focus on superior goods and excellent customer service. Their business is booming, and they are expanding rapidly, which means they need additional IT support to keep their networks secure. Tecovas partnered with Live Oak IT to handle their complex needs so the brand could focus on bringing top-notch goods to its customers.

Tecovas corporate facility needs went from a shared WeWork space to two fully functioning offices in Austin, TX. In addition, they were also opening more retail stores across the state of Texas and expanding to Oklahoma and Nebraska. They debated between in-house and outsourced IT solutions to service their current and future locations. As a small company, bringing IT in-house meant pulling workers in multiple directions. Ultimately, Tecovas decided it made sense to hire a third-party team of IT experts.

We designed a network that gave Tecovas immediate stability and security by allowing for interconnectivity between retail operations and their corporate office through one managed dashboard using Cisco Meraki. We were able to reduce set-up time from an average of nine hours down to two and a half hours per location.

We began working with Tecovas when the company was looking to move from a co-working space into their first Headquarters on South Congress Ave. They had around 30 employees at the time and had been managing all IT needs internally. This practice meant their small staff wore many hats and were juggling projects outside of their primary focus.

Tecovas, consumed by their daily business, had no plans for building an IT infrastructure in their new office. The move to their future Headquarters was scheduled less than a month out when we first met their leadership team.

We provided full IT support, including planning and budgeting, project execution for new retail stores, and day-to-day service to all staff. We designed and installed an IT network for the new Headquarters and quickly developed employee IT management procedures that were scaleable with the company growth. Tecovas was able to hire an entire team of experts for the same cost as one in-house employee.

Our approach for activating security at new retail locations made the technical side of expansion simple for Tecovas. When Tecovas opened a new retail location, they sent us the address and a target open-date. We negotiated an internet service provider (ISP) contract, purchased installation network hardware, coordinated office cabling, and IT rack installation. We configured the network remotely and connected all parties necessary to activate the location and install hardware by the agreed upon start date. Tecovas grew quickly from 2019 to 2020, which meant additional staff members were joining their team. We onboarded employees by procuring their workstation, granted access to software accounts, provided desktop hardware such as monitors, keyboards, and mice. We ensured employees were equipped with the technical tools they needed on their first day. When it comes to offboarding, we have a defined process. When an employee exits the company, we ensure the company’s data stays intact and secure by terminating the employee’s access to all company systems. Next, we return their workstation to operating conditions and make it available for the next staff member. Once the new store is up and running, we continue to stay in touch and function as Tecova’s full-time IT support. Their help desk tickets receive a response in as little as 22 minutes. Weekly check-ins with Tecovas remain on-going and allows us to stay abreast of technical issues, product maintenance, and upcoming projects.

We spent just over 100 hours on IT services for Tecovas during the beginning of the partnership. Tecovas increased its team from 30 employees to 60 full-time employees and added two new retail locations and two corporate offices. We are currently servicing all 10 retail locations, both corporate offices, and have plans to support two more retail stores, scheduled to open soon. With our help, Tecovas was able to focus on what they do best, boots. Without worrying about IT, Tecovas used all their time and energy to open new stores, acquire corporate offices, and plan future growth. We worked with a sense of urgency as Tecovas was on a tight deadline. Our improved network design accommodated their growth without disruption. Tecovas plans to open an additional 5-10 stores within the next few years, and we are looking forward to our continued partnership.
Let's work together

We pride ourselves on our reputation for customer satisfaction. By focusing on our clients' individual needs and treating them like human beings, we’ve been able to achieve an average of 98 percent satisfaction rating.